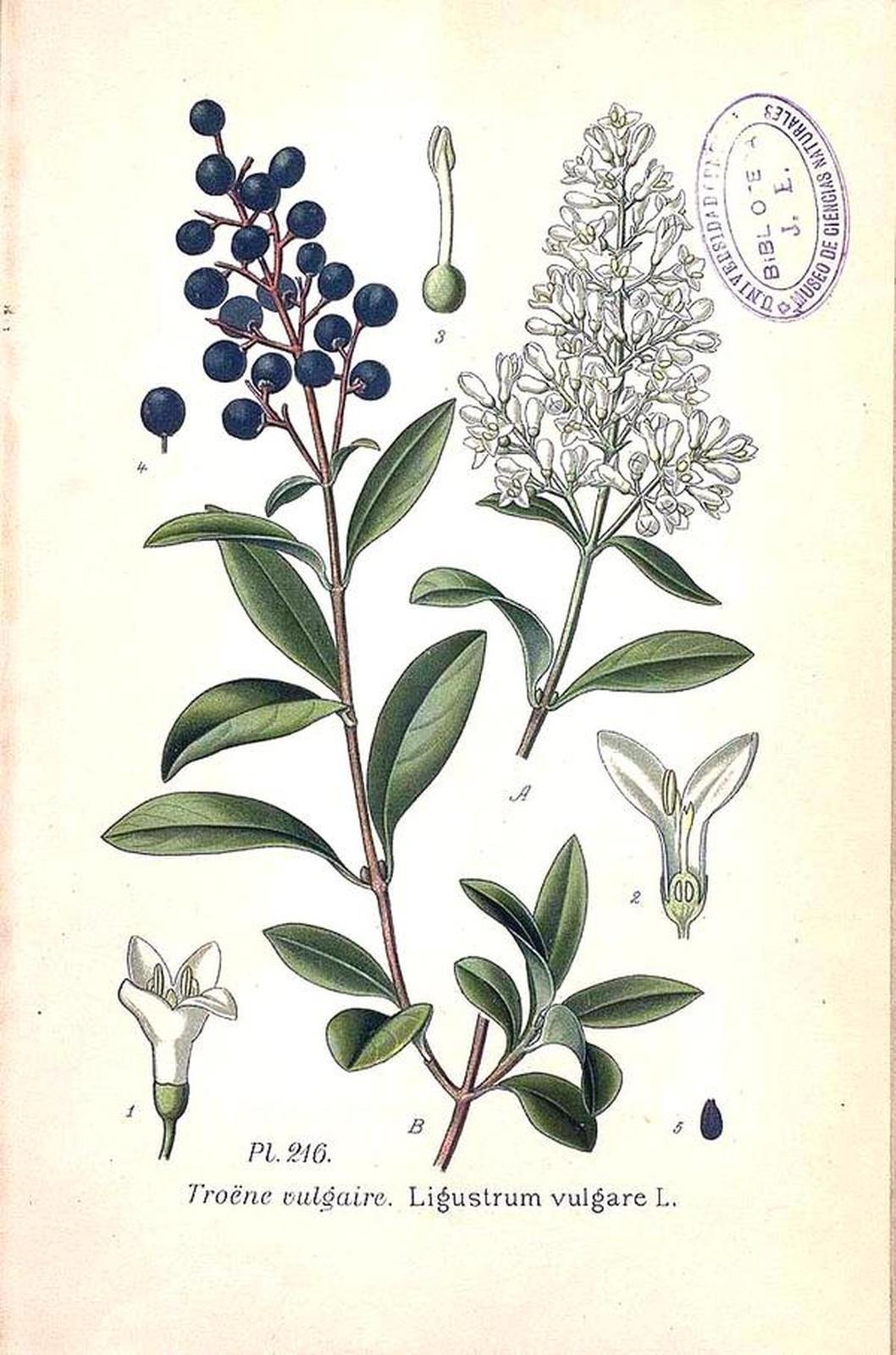 It is not known with certainty the origin of the genus name, but the general opinion is that it comes from the Latin word ligare which means to bind, because young branches can be used for this purpose, given the flexibility they show. Smaller than the privet, its common name refers to its place of origin, Japan. It was introduced in crops in Europe by 1845 and to adapt well spread rapidly throughout the peninsula, sitting in Seville primarily as a tree for the layout of streets and avenues. Related to the European Ligustrum vulgare, its fruits, known as henna or privet, have been used since ancient times as a dye for tattooing or eye makeup for women. To this end the fruit is pounded until they become a fine powder. In relation to this practice, the tree is cited by an author who was in Seville at the time when the city was still the gates of the Indies, Miguel de Cervantes. He does specifically in his most famous work, El Quijote: after telling one of many adventures in which the Ingenious Gentleman of La Mancha and his assistant Sancho Panza end up badly, Cervantes uses the Castilian saying to have the bones made henna, which means the same as the known expression in Spanish to have the bones to dust.